You may not have known … – the secrets of the Old Town

How Old is Krakow’s Old Town? Colorful, renovated tenements near the Market Square effectively rejuvenate the real face of this district. Truth is also obstructed by pavements paved with brand-new blocks. Meanwhile, under your feet lies a real paradise for adventure lovers. Discover the secrets of the Old Town!

The oldest witnesses of history

A small, inconspicuous church in the middle of the Main Square. Compared to the majestic St. Mary’s Church, it falls quite pale … And yet it is Saint Adalbert’s church that boasts a richer past. Tradition says that Saint Adalbert himself visited his walls, which would indicate that the temple is about a thousand years old! However, the current appearance of the church is misleading – it has been rebuilt many times, so only relics of the Romanesque design remain, today we admire the baroque design. It is worth seeing, also because it is one of the smallest churches in all of Krakow.

The secrets of the Old Town are also hidden in the current naming of streets and squares. Podgórski Market Square, Dębnicki Market, Small Market Square, Main Market Square. A lot of markets for one city! How is this possible? Well, the current borders of Krakow stretch much wider than it was a few centuries ago. Originally, even Podgórze, a district so close to the Old Town, was an independent city! From here, now squares, which were once the markets of neighboring towns, now take their names derived from them. It is hard to believe how small Krakow used to be. Example: Wyspiański’s Bronowice, known from the “Wedding”, once a village near Kraków, now a full-fledged part of the city, quite near the center. And Krakowska Street? Where did this name come from? It was a street belonging to the city of Kazimierz, bordering Krakow. Currently – almost the center 🙂

In 2005, the Main Market Square underwent a metamorphosis. It lived to see new flagstones and atmospheric lighting. Although a lot happens on the surface, especially on weekend evenings, it is worth going underground and moving back in time. There is a branch of the National Museum in the basement of the Market Square. The exhibition is nothing more than the old Main Market, which has been decreasing over time. It is worth thinking about the life of medieval Cracovians when walking through the Old Town. Our feet still have traces of their everyday life, including waterworks and a cemetery.

Even if you think you already know everything about Krakow, beware! This city has many more secrets than anyone would expect. If you like playing detective, try something completely new at the earliest opportunity – city games! A good idea will also be an adventure in an escape room – necessarily in the Old Town! Get to know the city from a different perspective with EscapeCity. Maybe Krakow will let you know one of his secrets … It is certain that it will be an unforgettable adventure! 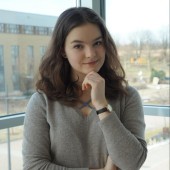