Integration events for COMPANIES EVEN FOR 220 people!

Case Study: An integration game for 220 people! Client: Event agency looking for immersive teambuilding entertainment for its corporate client. Number of participants: 220 Preparations: 1.5 months Playing time: 2-2.5 hours Language: English
You must read this case study!In it you will find everything that tigers like best: there will be secret agents, there will be a filming drone, there will be competition and a lot, a lot of emotions! We honestly admit that we like this project! 🙂

One day, a well-known event agency came to our office looking for original and exciting entertainment for a 180-member team of the Krakow corporation.
Our propositon? A unique city game with Augmented Reality, based on the use of modern technologies and focused on competition and solving logic puzzles. In brief? Master level integration. As we like it, as we recommend! 🙂 From the beginning, the client had many fears – anxiety about the open space, the number of people taking part in the game, the game itself, and the momentum of such an event – so from the beginning we had to dispel it and during meetings prove how fascinating entertainment we can prepare for the company. We did it with a typical gift of persuasion. Score? Another scenario just wasn’t an option! 🙂

The challenge in this type of event is primarily logistics. Everything has to be perfectly planned, so that each team has their route – they did not wait for others in queues, there were no stoppages, they were not crowded in one place or near busy places of the city. Yes – we have thought about everything, there are no cases with us, there are no accidents with us. No sir! No less important is that the game ended for everyone at about the same time and everyone had the same difficulty of the route and the same chance of winning. You know: law, justice and so on;). In addition, each route had to go through the picturesque, full of monuments area of ​​Krakow to combine exciting integration with the tourist sightseeing of the city. As a result, to reconcile all these points, we worked many routes – they were ultimately chosen as the fifth version, and our team had to go over 250 km to test them! Admit it, it’s a nice result;) Even Endomondo congratulated us!

The next step was to prepare the script. Our quest How to create a game that will interest almost 200 people? We had many doubts. Well, what scheme of the game to adopt so that nobody gets bored and each of the 6-person team had something to do? What characters should be created to make them fit, interesting and intriguing? How much time to set for each puzzle to complete the game in the time given by the client? These were our challenges in preparing the script and we admit: it was not easy. To design a 2-hour game, the team had to lose over 200 h (say: two hundred hours) – to propose a scenario that would be interesting for the corporate team. Patrycja, our screenwriter barely passed this stage without a migraine. We were sure that in a moment she would slip away stealthily for chocolate and never come back! 🙂

The script was prepared entirely in English. We put emphasis not only on the visual part of the game, but also puzzles, which on the one hand will be a challenge and on the other will not be too difficult so that the gameplay does not become tiring;). In this type of event, the Aristotelian golden mean is important: the game is on time, it should be exciting and somewhat “on the run”, so it can’t bet on too heavy puzzles to not bore the team – on the other hand, it would be too banal to take away its character. And we like games with a twist – and not just with happy ending! In the end we proposed riddles known from the films about superagents, so that each employee could become a superhero;) Because who would not like to be such? Exactly! At the beginning, we proposed 6-person teams to the client – this number increases the chances that the group will have different approaches to the game (including those more distant), and yet the fun will be at the right level, and the team will have a lot of good energy. And our team cared the most 🙂 EscapeCity experience shows that too small teams can be a problem, as well as too large ones that interfere with good quality teambuilding. Meaning, integration! 🙂

Thanks to the well-planned routes and modern technology used in the game, each team has an equal chance of winning – its time was calculated from the start click on the iPad, so the order of handing out the equipment did not matter. Subsequent tasks and puzzles are displayed automatically as soon as you arrive at the destination, so there was no problem with waiting for the so-called Game Master, downtime and boredom.

In addition, the equipment has a built-in GPS with the game route, which eliminated the risk of getting lost during the game, which is often the case with classic city games. Is it true that we have thought of everything? Well sure! 🙂 For our part, we have done everything (really everything!) So that users do not get bored – not just an interesting game (players play secret agents who must save Krakow from the criminal organization SpiderTech) and engaging logical tasks, but also real props or technology of augmented reality that many participants met for the first time. To boost the action, we also decided to count the results of all teams on the iPad in real time – in this way the competition reached the 100th level! 🙂

The entire implementation, from inquiry to event took 1.5 months to our team. An additional difficulty was information about increasing the number of participants a few days before the event – from 180 to 220 people! It may sound innocent, but sweat rolled down our backs: in the end, these are further routes to be developed, especially, when the event was to start in 1,2,3 …;)
The players divided into 32 teams of SuperAgents, each team had to cover about 4 km route, which took them an average of 2 hours – exactly as much as we had at our client’s disposal. During this time, the teams solved several cool tasks, and the trail full of puzzles ran through Krakow routes, who everyone knows, recommends and writes about them in guidebooks!

Our charming team was watching over the whole game, which resembles the characters of a fairy tale … 🙂 What curious? Click! We supervised the logistics and technical support of iPads, gamification and equipping teams with their new superpowers! We did not forget about the client: we communicated with him on a regular basis so that he knew exactly about each stage, every step of his Bourne, Bonds and Fathers Mateos! Such an organization would not have been possible were it not for our well-coordinated dream team, who knows that they can rely on each other. Team play!

According to the plan (point 13) we got a return of the equipment, and the participants were taken over by the client, and in EscapeCity the fiesta began on the occasion of this victory :).

There were sparks in the eyes! We heard a lot of warm words from the participants about the tasks themselves (you had to think and think about it, the solutions were not so obvious) and a great delight over the technology of AR augmented reality. In addition, all struggles of users were filmed with a drone - as a souvenir;)

According to the plan (point 13) we got a return of the equipment, and the participants were taken over by the client, and in EscapeCity the fiesta began on the occasion of this victory :).

OBJECT GAME AT THE PHILHARMONIC:

SEE!
Who would not want to be a hero? We don’t know, we don’t know. The corporate team had a great time, and we breathed a sigh of relief and satisfaction – it was a great challenge;). We are glad that the customer gave us a great deal of trust and we managed to organize everything in a 100% satisfactory way – without any breaks, emergency calls etc. To sum up: we are looking forward to the next time! 🙂 To be continued … 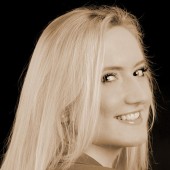