The Christmas Eve table is set

It is around it that our activities are focused, well before the twenty-fourth day of December itself. Until we sit down at a lavishly laid table top, we prepare ourselves even a month before this event. We plan what to buy as a gift for whom, how many liters of borscht to cook this year, we wonder how many people will visit our doorstep or to whom we will come this time.
So you can guess what really defines the Christmas table? What is the symbol? Hustle and bustle like no other time of the year? A chance to become a super nice version of yourself? A longed-for meeting with family and friends? Reflections on who and what is no longer with us? One of the most important religious rites? Gifts? Or is it all of these at once? Let’s look at it together today. The table is set!
PLAY XMAS GAME

Christmas Eve table – Above and below the tablecloth

There is probably no such man in Poland who would not sit down with his relatives for this special supper at least once in his life. Regardless of what we believe, Christmas Eve is still a tradition inextricably intertwined with the Polish celebration of holidays. What happens just before dinner is served and eaten is also well known.
So let’s start with the cover – a white, festive tablecloth under which hay is placed, a sign of the conditions under which Jesus came to the world. Although now it serves only a symbolic role, so in the past each household member drew one blade. Depending on the appearance of a given shoot, the future of its owner was foretold. The greenish, unbroken and long blade was to be a sign of health and happiness, and in the case of maidens – of an imminent marriage.

As for what appeared on the tablecloth, there were of course numerous dishes, tempting with their appearance and smell. Originally, there were not to be twelve, as it is today (this number refers to the number of months and the Apostles), but it was important that an odd number should be on the table. What else mattered was the origin of the ingredients in the dishes. For they were to be fast, and also a gift from the earth. We wrote more about the dishes in the article dedicated to them.
There were also wafers, plates for household members and one additional plate on the counter. Its meaning is explained in the next part of the text, so be sure to read on. Well, unless you already know where this habit came from? Then our online Christmas game is waiting for you. However, we recommend getting carried away by reading.
PLAY XMAS GAME

Do you think that every household member had an equal privilege when it comes to the Christmas Eve table? Times have changed, that’s a fact, and now the bigger the crowd, the better. However, in the past, not only the number of dishes mattered, but also the number of people. This time, however, it was better when there were pairs of guests. For this reason, it happened that one of the people simply fell out of the privileged group. So what was the principle of selection? From the oldest to the youngest people sat at the table.
There was also a need for the hostess, who couldn’t even leave the table first! Why? It was said that this behavior led to pots breaking. But the matter of conventions does not end there. One of the most important participants of the supper were … the spirits of deceased ancestors. It was for them that one plate was left and a spoon of each dish was placed on it during the dinner. Now the presence of an empty plate is explained by the possibility of the arrival of a stray wanderer.

However, before we eagerly set out to eat the delicacies, it is necessary to break the wafer with the rest of the guests. During this time, everyone wishes each other. However, there is a hidden symbolism in these seemingly trivial gestures and thin product. The wafer reflects the bread, and sharing is reconciliation.
This is especially important, and it is clearly seen when feuding family members break the ice and embrace each other at this very moment. Sometimes it is also an expression of the usual longing for the people we pass by every day inside the house, but in everyday chaos we are not able to listen carefully other people. Breaking the wafer is the transition from the time of bustle to the time of shared memories, emotions and laughter. It is a gate that allows us to fully enjoy not only how richly covered the Christmas table is, but also what is less tangible – a family atmosphere full of harmony and joy.
At that time, animals were also in mind. Among the snow-white wafers there is also one, colorful, intended for creatures who work hard in the field on a daily basis, for those who devote themselves to feeding the family, and for those who make life by their presence better. It is said that an animal served with a wafer on Christmas Eve will speak with a human voice at midnight.

The meaning of tradition – Christmas game

Play!
The Christmas Eve table has not been decorated yet? Nothing unusual! The old Gremlin said there would be no Christmas this year! He noticed that people were too busy and preoccupied with things other than Christmas! He didn’t like the fact that the Christmas Eve rites were forgotten!
Prove him wrong and free Santa Claus who has been kidnapped by an angry Gremlin! A special online Christmas game will help you in this, thanks to which you will not only dust away forgotten traditions, but also have a great time with your loved ones (even through the computer screen)! Join forces and don’t let the Gremlin ruin the holiday!
more
More questions? – Contact us!:) Other escape room onlinie? Read about Project X.

VIRTUAL ESCAPE ROOM FOR SCHOOLS, OR AN UNUSUAL CLASS TRIP WITHOUT LEAVING HOME

CITY GAME FOR COMPANIES, OR INTEGRATION EXIT KRAKOW WITH ESCAPECITY

ESCAPE ROOM FOR COMPANIES? WHY NOT?!
CONTACT US!
Outdoor game… or maybe escape room Krakow? Choose for yourself!

INTERACTIVE CITY GAME, OR DIVERSIFICATION OF EVERY SCHOOL TRIP 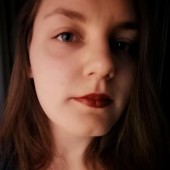